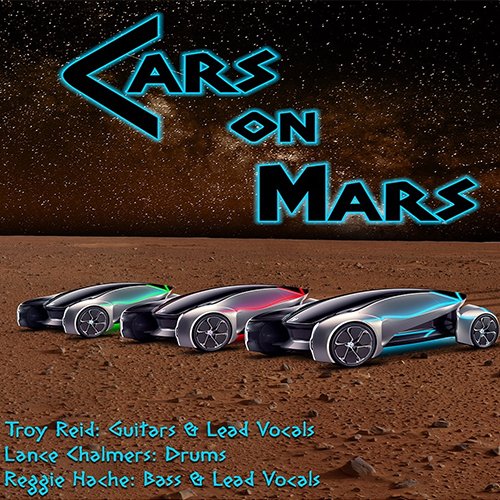 CARS ON MARS is a trio tailored for fun and dancing.

Ried and Hache were bandmates for 12 years in Troys R Us (www.troysrusband.com), the house band at the world famous Roxy Cabaret in downtown Vancouver, BC.

Recently they have hooked up with the multi-talented, Lance Chalmers, who has been the drummer for many bands; including 10 years in the iconic Canadian band Trooper.

Over the years they have developed a very eclectic song list, and CARS ON MARS will transport you through time, with hits from the 70s, 80s, 90s & 2000s.

Together, the trio has a big sound and very powerful vocals and will definitely keep your party going!